In collaboration with photographer/artist Roger Ballen 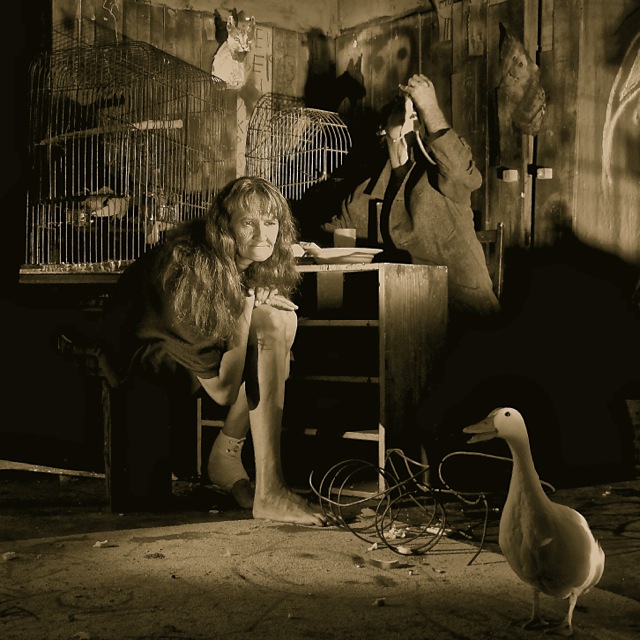 THE ASYLUM is a powerful metaphor for the human condition directed by Saskia Vredeveld in association with artist/photographer Roger Ballen. The film narrative shows a strange and surrealistic environment in which irreconcilable contradictions between the lust for power and the desire to love are penetratingly played out between man and animal and man and woman.

A man, a woman and a child.
A couple looking for refuge in confined spaces full of drawings and animals.
An Asylum, in a literal meaning of the word.
A shelter where they survive in the most basic conditions.
The man wants power.
The woman wants to love.
They have lost their ability to communicate with each other. All their desires and feelings are projected on to their animals, on their pigeons and their rats, on a rooster and on a duck. But however tame the animals may seem, they will not let themselves be dominated.

He sinks into insanity – like the Greek god Kronos who consumed his own children. But the woman remains faithful to her principles. She only wants to love. She lets the pigeons free, in doing so she betrays the man and lets the snake into their refuge. Literally and metaphorically.

Then the self-chosen refuge turns out not to be a safe haven, but a prison. A place where people and animals are condemned to each other but can never live together in harmony

The film has been shot in an uncompromising black & white, square format

A Peacefield films production supported by the Netherlands Film Fund, 2012. 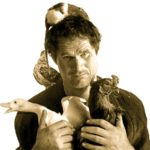