The Train to Havana

Stories of Love and Revolution in Cuba. 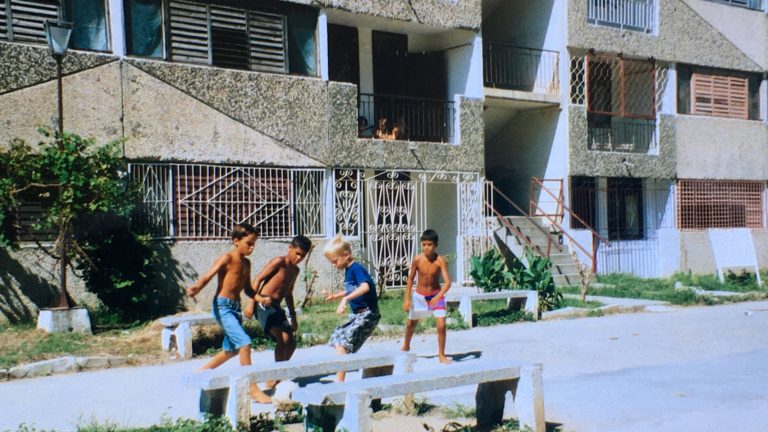 In the heart of summer, Saskia Vredeveld and Katinka de Maar took the train from Santiago de Cuba to the other side of the island, to Havana. They followed the trail of the revolution that started in the mountains by Santiago and ended in Havana. In a country where people can’t talk about just any subject, they went looking for the heritage of Che Guevara with the people they met along the way. Was it the revolution that shaped the course of their lives? Or was it passion, love?

On 1 January 1959, after a battle lasting years, Fidel Castro took Santiago. Seven days later he took Havana. Vredeveld and De Maar first visited the cathedral at El Cobre, the holy shrine of the revolution, and the grave of Che Guevara in Santa Clara. Then the journey took them to the industrial centre Cienfuegos, named after the “third” important revolutionary Camilo Cienfuegos. In Matanzas, they were guests of Eleanora (17) who was going to marry Ramon (17). Finally they reached Havana, where Jordani, the Cuban boyfriend of Katinka, was waiting.

Cuba is a mixture of austere communism and hot-blooded salsa. And the island has many contradictions: it desperately needs tourist dollars, but is also afraid that the influence of foreigners will finally start to shake the foundations of communism. Most Cubans are very proud of Cuba, although they are tempted to marry foreigners in order to escape poverty.